HISTORICAL OVERVIEW OF THE CDAS

​The Cochrane & District Agricultural Society was chartered as an Agricultural Society in 1973 and moved to its current Cochrane location on the quarter section located in the northwest corner of Hwy 22 and Hwy 1A in 1986. In 1988, a group of volunteers completed the initial development of the original outdoor/roping arena along with the north dressage and jumping rings. In 2001, the outdoor arena was converted to an indoor 120' x 200' heated arena with a 74' x 142' riding surface, a large staging area, and cattle handling equipment for roping. Throughout 2006 to 2008, further expansion included the building of a pole barn with a 120 horse stabling capacity, a 125' x 250' outdoor arena complete with cattle handling equipment, and a 65' x 130' outdoor arena. Numerous site improvements have occurred to these arenas, to the north grounds dressage rings and stadium jumping rings, as well as the cross-country course.

The CDAS indoor and outdoor facility expansions and enhancements have occurred through the continued support of numerous volunteers who have played a very important role in making CDAS what it is today. Thank you to all these volunteers throughout the years and also thank you to all the generous sponsors who have made the Cochrane & District Agricultural Society what it is today. 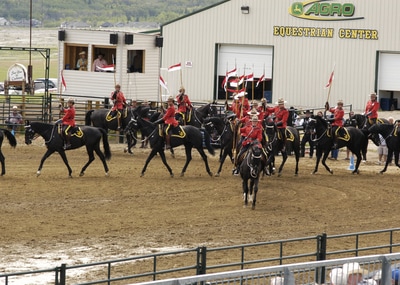 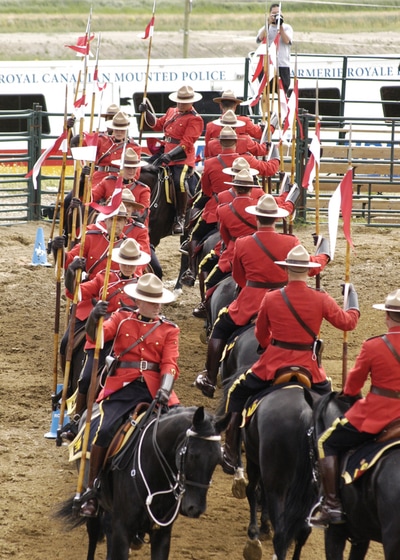 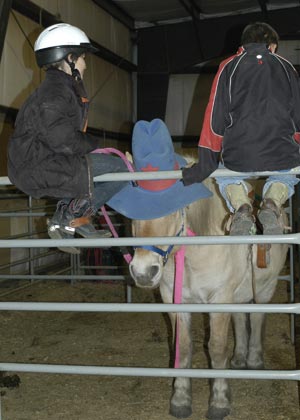 December 2009 - Heartland
While outside, Cochrane was hit with a winter deep freeze, for two weeks in December, the CDAS indoor arena was transformed into a sizzling hot film site as the CBC Heartland series filmed one of their final episodes for the season, complete with a  “Ring of Fire”. It took 14 days of site prep and filming as well as hundreds of staff and extras to produce the 20 minute episode of the show.  The episode aired March 21st, 2010. 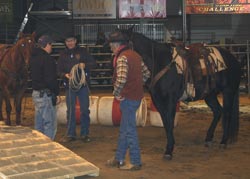 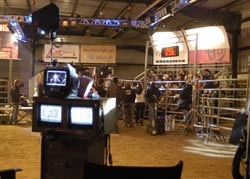 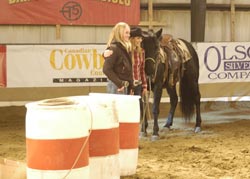